Life drawing and painting: playing with the human proportions

When life drawing and painting we concentrate intensively on the human body. Each and every person is unique, and the same is true for their bodies. Through the artistic staging and the interaction of light and shadow we can observe every single parts and characteristic of the human body.

Life drawing and painting have a long tradition in art history.

The nude figure is a tradition in Western art and has been used to express ideals of male and female beauty and other human qualities. Originally, they represented a subject in movement. In nineteenth-century academic painting, the life drawing was an illustration of a gesture or an attitude. Accordingly, artists at that time staged the model as if moving from one movement to the next.

Life drawing and painting is one of the oldest and most versatile genres in the arts. The Greeks elevated this genre to the sole art object. At first, male models were more common. Therefore, in the Renaissance male models were used even to depict women. The nudes in paintings were only allowed for religious purposes. It can be observed in some historical frescoes that original works were later adjusted to obscure an overly detailed view of the naked body. In the 19th century, the liberation of nudes from the religious restriction took place and again the nature of the human body was paramount.

A well-known contemporary nude artist is Natasha Kuchko. She was born in Ukraine in 1980. She then moved to Madrid to begin studying at the Artium Academy. She also spent a few years studying in Brussels. During this time, she traveled through Belgium and the Netherlands and learned from the works of Rembrandt, Rogier van der Weyden, Rubens and Jan van Eyck. In 2013 she lived and studied in Florence at The Florence Academy of Art and received various awards for her artworks. Three of her nudes are shown in the picture above. 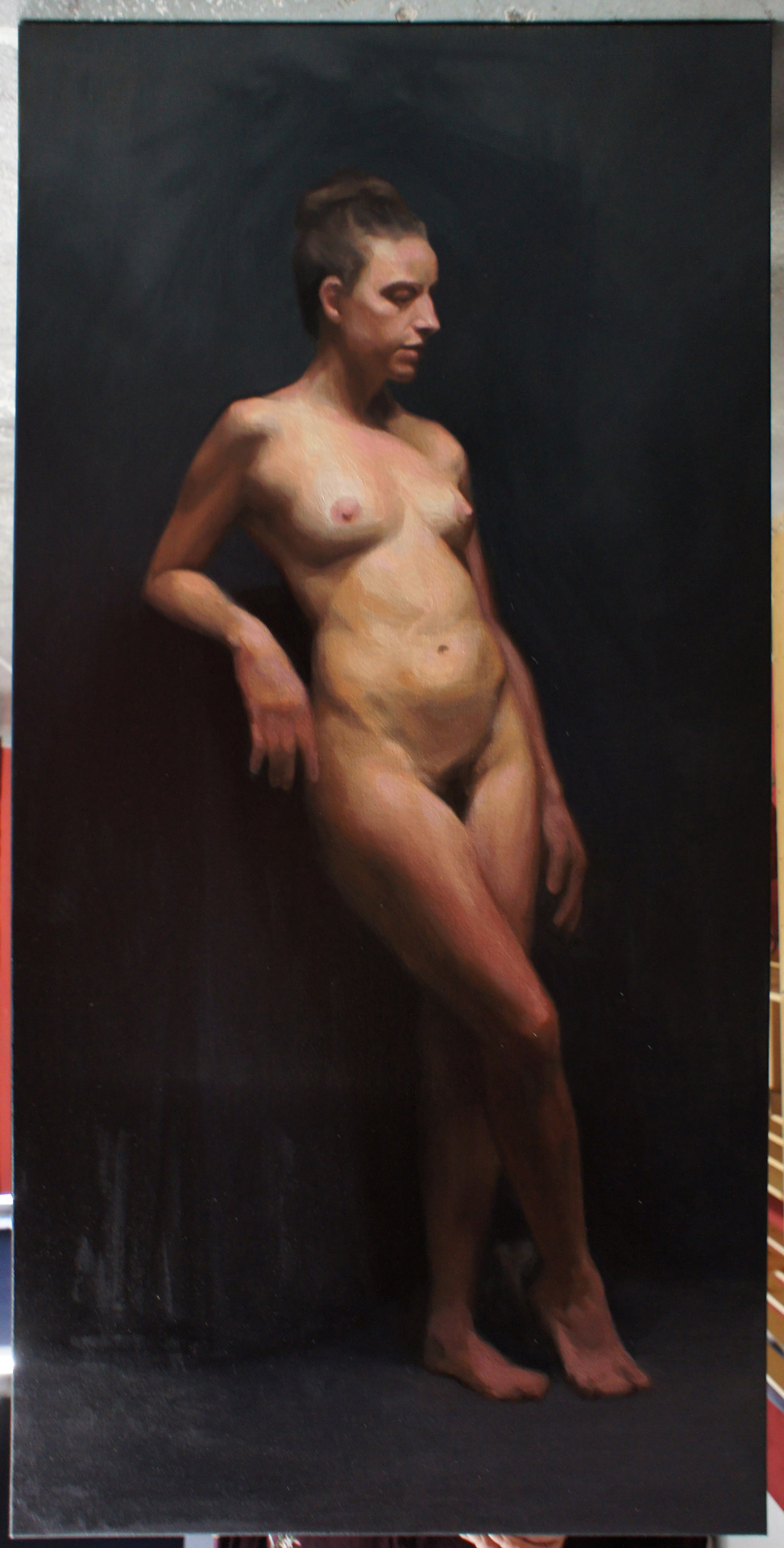 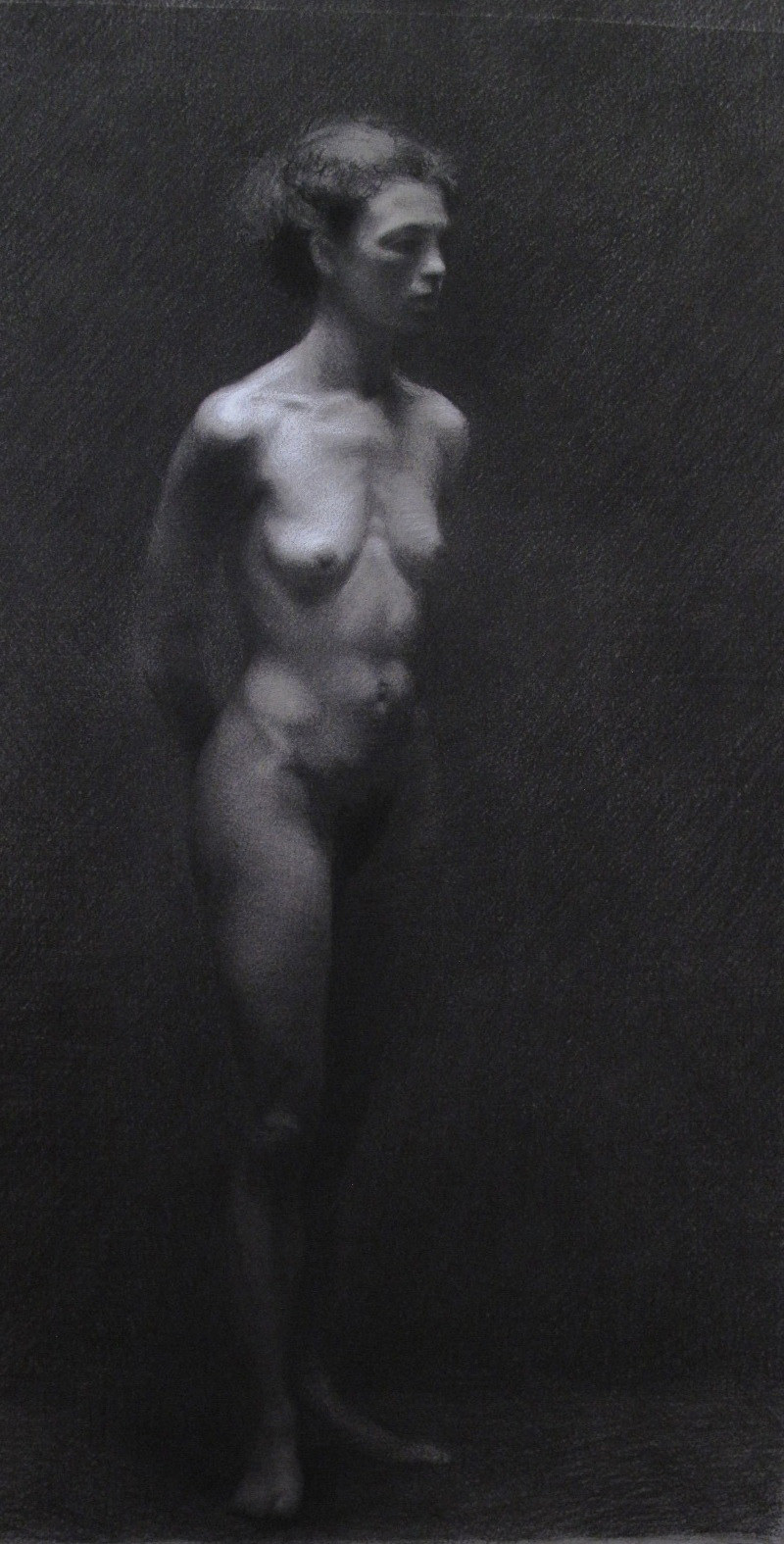 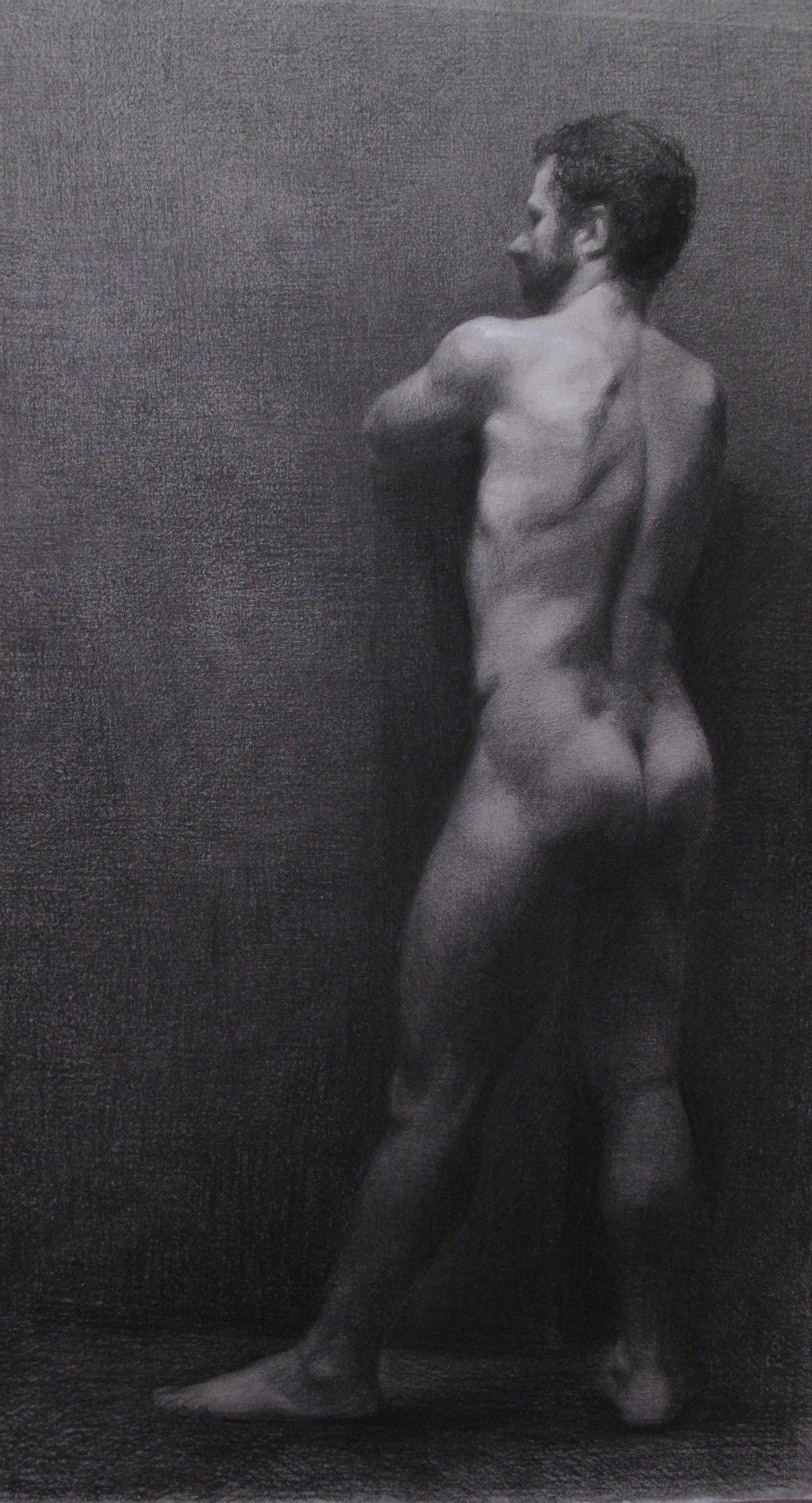 Learn realistic drawing and painting at the Academy of Fine Art Germany.
Sign up here for art studies!